This week was a complete bust - in more ways than one!

We started the week with that awesome thing on Monday - my birthday! ha! The kids and I were off from school because of my birthday Martin Luther King day.

The kids also had Tuesday off because of a teacher work day at the end of the 2nd quarter.  what what - the 2nd quarter is already over?  Half of 2nd grade is over?  Scary!  Lynn came to the rescue and came over to keep the kids while we adult types went to work.   It worked out well that they were off because Lindy was still under the weather from her cold.  I was glad she got another day to stay home.

And then she got another day to stay home on Wednesday - unexpectedly.  Will woke up at 6:30am - 10 mins before his alarm.  He came out, walked right past us and went to the fridge and started guzzling his water bottle.  I asked him if he was okay and once he stopped guzzling he said "I'm really thirsty" and then he puked the water he had just guzzled.  Uh oh.  Not what I had planned for our day.  I knew he couldn't go to school and I didn't really want to have to take Will with me to take Lindy to school.  I had no clue how sick Will was going to be.  Kind of by default she got another day home to get over her cold.  Will ended up throwing up 3 times.  The last time was 9am.  It was super weird.  He kept down toast from 7:30am-9am and so I thought he was okay.  Then he got sick.  He finally started snacking around noon and he kept it all down.  It was kind of strange.  As the day went on it was obvious he was getting Lindy's cold.  The snot started flowing and he went from one illness to another.  Tough day for the boy!

Wednesday night we got a little dusting of snow.   About the same as last Sunday but this time our temps had been really cold, so it stuck to the roads.

SO....school was cancelled on Thursday.  What?  I was a little surprised but they said there were icy roads out there.  I had worked from home all day Wednesday but I knew the kids and I needed a break on Thursday.  We headed to work around lunchtime and Mimo met us there and took the kids home with her.  Drew picked them up later that afternoon.  I ended up working super late because we were trying to get everything done before the snowpocalypse happened.

We were predicted to have a major snowstorm starting in the middle of the night Thursday night and lasting all Friday and Saturday.  Some people were predicting 8-12" of snow.  So school was a bust for Friday as were those snow totals predictions.  We woke up to some snow on the ground and then in turned to sleet and sleeted the rest of the day.  We ended up with a few inches of snow/sleet mixture.  Nothing like they were talking about.  I'd have rather had snow than the sleet.  I worked most of the day while Drew and the kids had the day off.  Drew's office was even shut down.  Although the area he works in definitely got more than we did.  We went out after lunch for a little while but the wind was really cold and the sleet kind of hurt when it was blowing at you.  We invited the neighbor girl over to play so the kids had fun with her.  Her parents came over for a little while as well.  We ate dinner after they left and had a lazy night.

It was another cold windy day on Saturday but that didn't keep us inside.  We went out once to play and then we took a walk around the neighborhood with the neighbor and daughter.  It was cold by the time we got home.  Saturday night we watched a movie and took it easy.

The main roads were starting to look good yesterday but most secondary roads hadn't been plowed so church was cancelled this morning.  Around lunchtime we headed out to eat and then went to Target.  It was nice to get out of the house.  I walked the neighborhood with Aiden this morning and it was the first time the sun had been out since Wednesday.  We've watched football all afternoon while doing laundry.

And guess what - school is already cancelled for tomorrow.  grrrrrrrrrrrrrrrrrrrrrrrrrr.  The kids didn't go to school at all last week and this week will be a short week too.  We shall see how short!

Pics of our snow adventures! 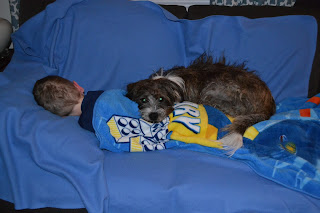 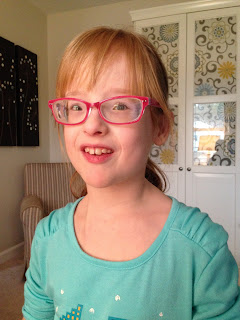 Playing in the snow! 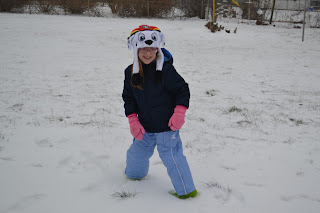 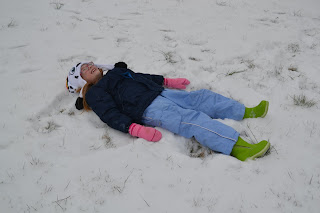 The one who has had the most fun in the snow has been Aiden!  He has loved it every time we've gone out to play.  He's been out there playing with us.  He has gone out a bunch actually but loves it most when we are out there.  He can get running so fast in our back  yard! 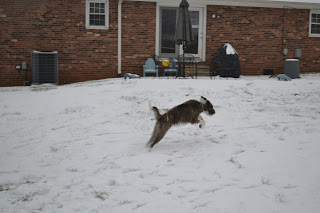 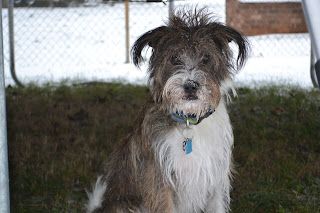 He was having a blast playing with us. 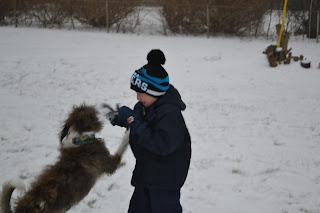 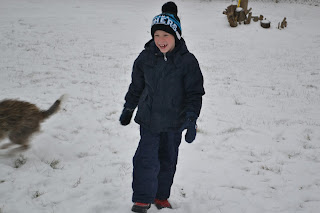 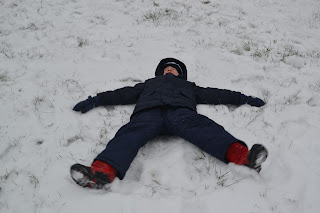 Snowball fight!  He got Drew!! 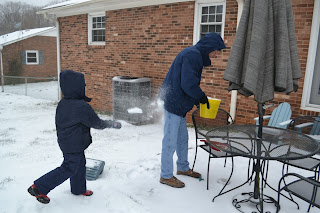 Trying to get me! 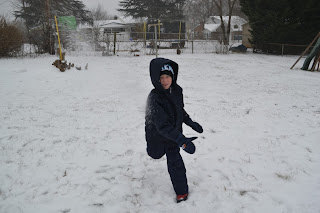 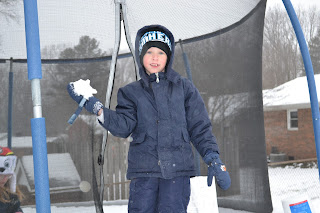 Back out on Saturday - pretending to be a Husky dog. 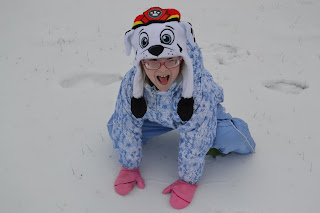 He found an icicle on our walk. 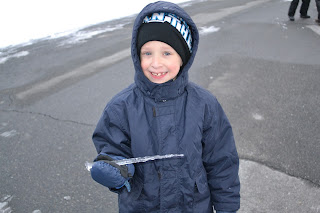 Staying warm with hot chocolate.  Which, incidentally, Lindy threw up after this because she drank her glass and her brother's.  Post snow, hot chocolate barfing.  Good times. 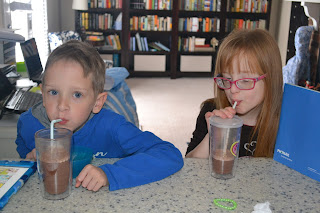 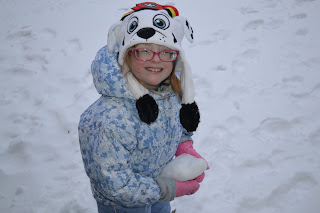 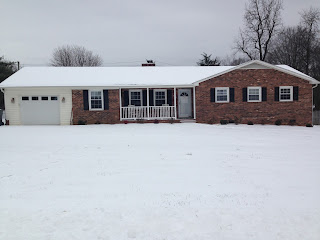 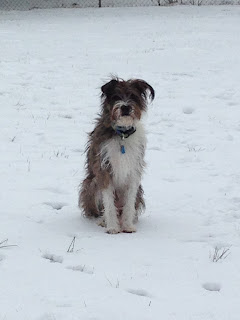 This girl could eat her weight in snow.  I told them the snow in the trampoline was the only snow they could eat now with a dog in the backyard! 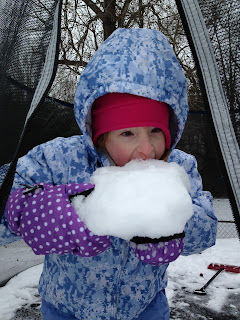 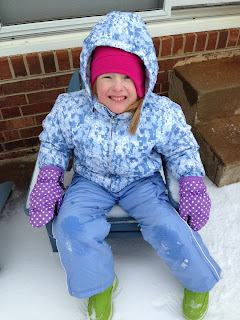 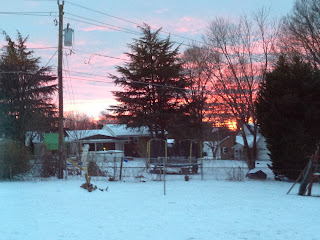 She headed back out tonight because she was afraid it will be all gone tomorrow. 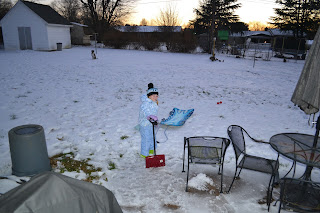