November was a fairly quiet month for us, with the exception of that one big holiday.  The weeks leading up to it were pretty normal.

Will had his first ever endocrinology appointment.  We've talked about it for years with his pediatrician and I finally just thought we needed to just go and check things out.  We went just to make sure there was nothing stopping him from growing.  She saw his growth chart and said automatically it was not a growth hormone issue.  She feels like he will bloom late but that basically he just needs to eat.  He has to make himself eat.  We also have to slacken up what we make him eat.  He needs to eat all the bad stuff first and veggies last.  Music to his ears.  She said he can't eat that way forever but for now he just needs to eat.  We are keeping up with the extra calories at night and I'm loosening up on letting him have junk food at random times.  He also got a bone scan of his left hand that came back saying his bones were like that of a six year old but that he should grow to at last 5'7".  If he eats!  ha!  It was nice to just have the consult and make sure nothing serious was going on.

The other big event for the week was Lindy's yearly IEP meeting.  It was her year for a big reevaluation and they did a bunch of testing on her.  As much as I hate standardized testing, the school psychologist was really great about what she gave Lindy, and it came back pretty accurate.  She didn't do one test because it was all visual.  It was great that she understood Lindy's needs and the testing reflected that.  It ended up being a long meeting but it went well.  We got her all set with testing for the next 3 years and we got her services in place to continue this year.

Our weekend was quiet and the only thing we had going on was a Wake Forest football game.  We finally had an evening game and we had big plans to tailgate.  I made a chicken stew and we were supposed to have a grand time.  The weather had other plans though.  It ended up being so incredibly windy and cold.  It was crazy how windy it was, which in turn made it cold.  We made it through a couple quarters of football before we headed out.  It was miserable.  At least my chicken stew was tasty and warm.

I had the entire week of Thanksgiving off.  The kids had to go two days of school.  I volunteered in Will's classroom one morning during their Heritage day activities.  I helped his teacher with a marble game.  I was up down, up down, up down for hours.  I left there and helped Lynn put together an IKEA desk. We were up down, up down.  My legs were killing me the next day!

Wednesday we spent doing things around the house and doing some cooking for Thanksgiving. 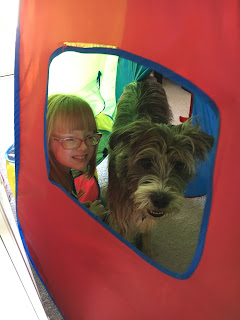 Who knew he was a big tent fan?﻿ 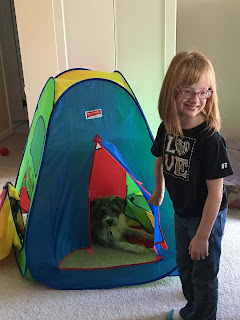 We got to see one of Drew's friends from college before the Wake game.  It's always fun to see the kids together. ﻿ 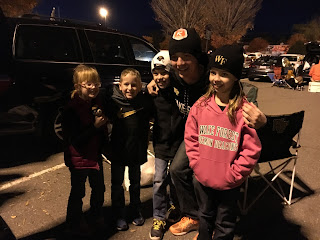 The marble game in Will's class. ﻿ 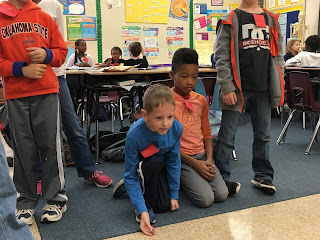 Lindy on Heritage Day.  All the classes came through so I got to see her too. ﻿ 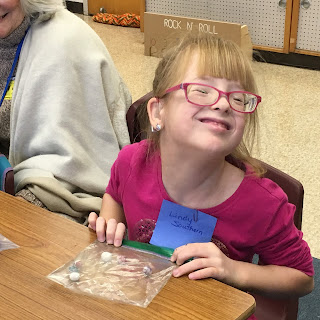 They had a slumber party over Thanksgiving break and I found them this way.  Be still my heart!﻿ 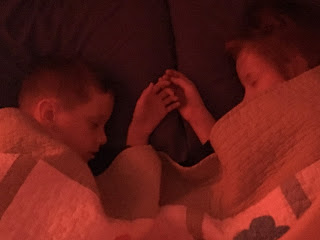 Lindy was a great helper while baking for Thanksgiving.  ﻿ 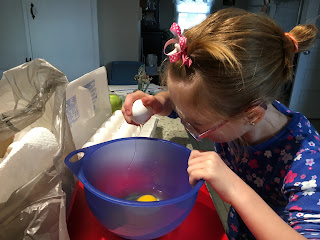 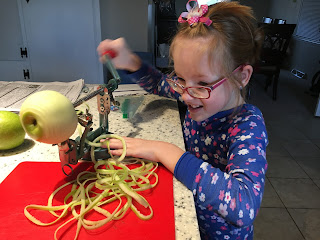