2016 came and went and here we are in 2017.  We went to church on New Year's Day and spent the next couple days unpacking and rearranging the house for all the news toys, books and clothes we received over the two weeks of Christmas celebrations.   I worked hard on Jan. 2nd to get all the Christmas decorations down and packed up.  I was successful - all except the trees.  I didn't have enough time for that.

Monday, January 2nd was Drew's birthday!!!  I worked hard to get the house in shape that day because his family was coming for dinner to celebrate the birthday boy.  I sent out a text the night before and was surprised when the whole family could make it for dinner Monday night.  Drew's favorite meal is BBQ and banana pudding so we had that for dinner.  We bought BBQ and the sides but Lindy and I made him a banana pudding.  The girl loves to help in the kitchen.

We had a nice little celebration for him.  No one stayed too late because it was back to work and school for most of us.  We finished out a regular week at school and work and then the fun happened.

They forecasted a snowstorm - with a possible 6-8" - and it happened.  That hardly ever happens!  They normally forecast snow and nothing happens.   It started snowing around 4pm Friday afternoon.  It snowed for a little while and then stopped.  It picked up again around 10pm and it snowed all night and all day until early afternoon.  We couldn't believe it snowed that long!  It was bitterly cold though.  We went out a couple times on Saturday but stayed inside on Sunday.  The snow is so powdery and dry that it's not been good for packing, building snowmen, or sledding.

School and work were cancelled on Monday.  I stayed home with the kids and they did go out for awhile to play again.  They played with the neighbor girl and her friend.  It has been so cold, with lows in the single digits.  You have had to bundle up well or you can't stay out long.   Monday night the kids went with the neighbors to see the movie Sing again.  They loved it the first time and took the opportunity to see it again.


We went out when it was just starting to snow but Aiden is the only one that seemed excited and stayed out with me.  ﻿ 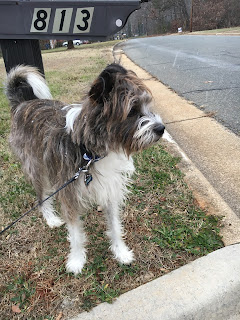 Going out Saturday morning in pjs to see all the snow! 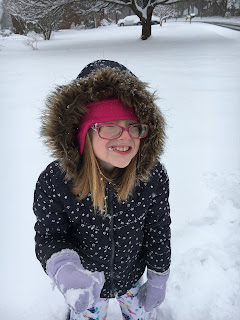 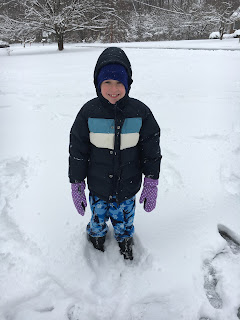 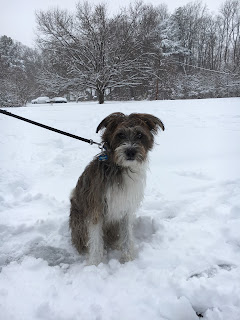 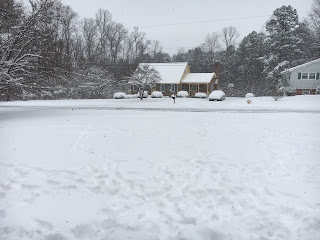 Bundled up to play on Sunday afternoon. 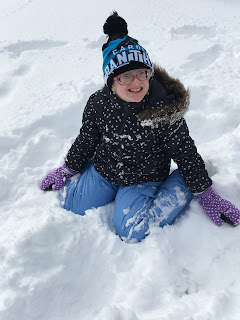 This girl would eat all the snow in the backyard if we let her. 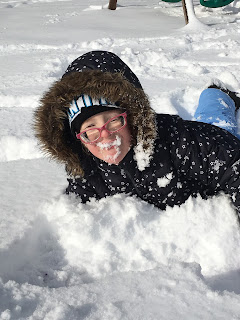 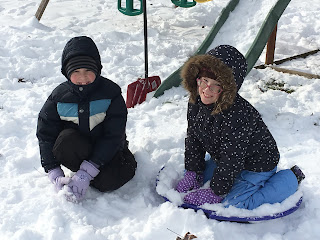 Ready to throw snow at me 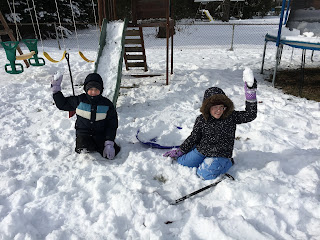