To appease the mass of readers (okay 5), here is my weekly update.  I was out of town most of last week and ran crazy all weekend.  If I don’t get a post done on a Sunday night then the week gets too busy to do one, too.

So let’s see what happened last week.  On Monday, the 2nd I left to go to Orlando for a three day work training.  For three days I learned about March for Babies.  Drew brought the kids to the office after school on Monday so I could see them and then I left for the airport.   My week was good and the family survived without me.  I made Drew practice pony tails on Sunday and he actually put her hair up every day.  I face timed with them every morning and evening and at one point Will said, “Again, Mom?”  He told me another day, “Well, three days really isn’t that long.”  I could just tell how much he missed me!

The kids did have some fun while I was gone.  Tuesday night Will started basketball practice.  It is his first time ever playing basketball.  So far he loves it.  He has had three practices and is having a blast.  Drew got him a basketball and now his favorite pastime is practicing basketball.  Lindy is loving it, too.  She really hasn’t asked about actually playing much.  We are bringing the basketball to Will’s practice and letting her play with it on the sidelines.  This seems to appease her – for now.  The other night I was begging her to play my phone because she kept letting the ball go out on the court and she wanted nothing to do with my phone.

On Thursday, Lindy had a Christmas party for all the deaf and hard of hearing kids in the school district.  It was from 10-12:30pm.  Drew told her teacher he would be taking her to it and her teacher suggested he keep her the whole day and do something fun with her.  WHAT?  So Drew kept her out of school all day!  They had fun at the party and brought home some neat crafts.  The best part was she got to see her old hearing teachers, Ms. Asbury and Ms. Mary.  I know they were all excited to see each other!  I wish I could have seen them!  After the party I think Lindy got to go to work with Daddy as they had to go to the church and visit some folks.  I’m sure she thought it was great though.

Thursday night the kids had choir practice.  I flew in Thursday night but I didn’t get home until 12:30am.  Late night!  Drew did take the kids to school for me Friday morning so I slept in a little bit.  I still had to go to work on Friday.

Friday night we surprised the kids with tickets to Disney on Ice.  I have always shied away from things like this (plays, circus, performances) because you just never know what Lindy will see.  I’ve just never wanted to spend the money on tickets and her not see.  I decided I really wanted them to see this show but I decided if we were going to do it then she was going to see.  So I bought her a front row ticket!  I bought two more tickets right behind us for Drew and Will.  We went to eat at Steak-n-Shake and headed to Greensboro.  We got stuck in traffic and ended up being about 3 minutes late to the start of the show – so irritating.  I think Lindy could definitely see more than she ever has but I think she still missed a good bit.  I kept pointing things out to her to see.   They skated by pretty fast.  At first she seemed excited and then I think she assumed she couldn’t see and asked for my phone.  I told her no and started pointing things out to her and she was fine the rest of the night.  Towards the end she started laying on me but I think she was probably just tired.  Will was even tired towards the end.  Drew bought some popcorn and honestly that was Lindy’s favorite part.  The production was really great.  Disney does neat things.

Saturday morning Will had basketball practice at 9am in the morning.  We stuck around the house and I worked on some Christmas projects.  Saturday night we went to a play that our church put on.  We watched that and then helped put the church back together so we didn’t get home till late.

It started raining on Saturday and the temperatures plummeted.  We woke up Sunday morning to rain right at freezing.  After much discussion they ended up cancelling church.  With some new  found free time I made a grocery shopping list and headed out to do all my grocery shopping for the month.  It was a yucky cold day out but I got it done.  I was home long enough to unload groceries and headed out shopping again.  We were in charge of doing the shopping for a Christmas party we are having Friday night for our friends at the UMAR houses.  I shopped for about 15 people and came home and bought a few more on Amazon.  I was on a shopping roll!  Drew was going out to do it himself but he is just not a shopper.  It could have sent him over the edge.  Plus I was spending someone else’s money so it was fun!

So that wraps up the week!  Drew even took some pictures this week! He’s the best!!

Lindy seeing Santa for the first time this year!  I wish I knew what she told him because Santa has no clue what to bring her! 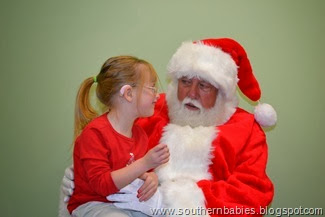 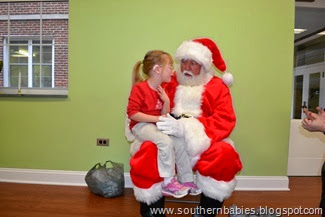 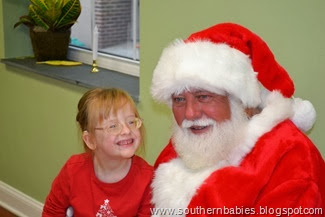 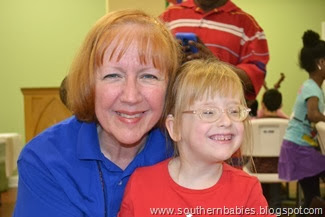 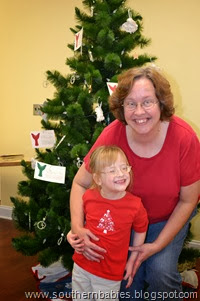 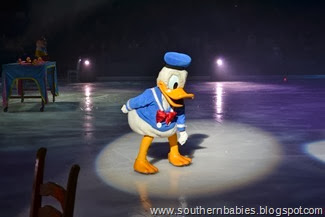 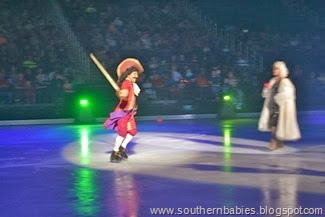 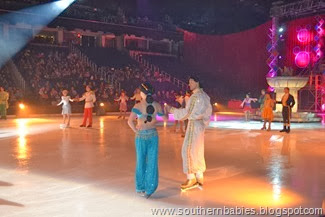 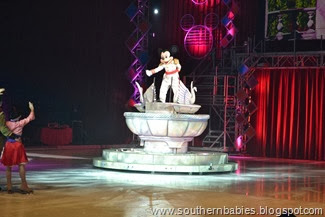 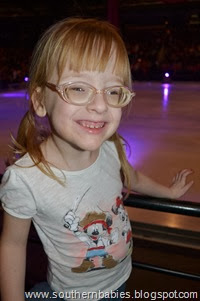 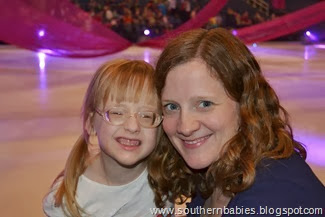 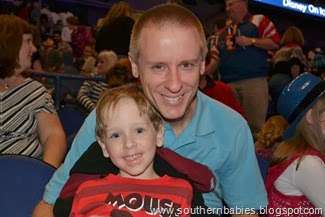 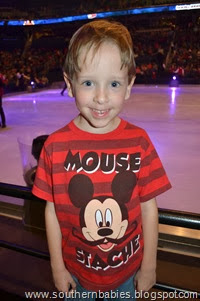 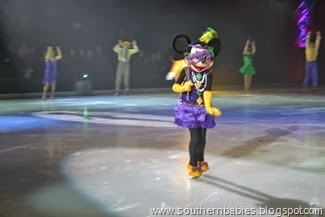 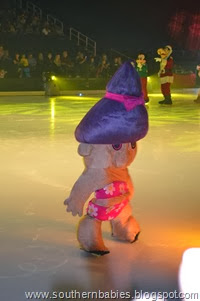 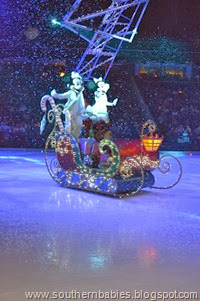 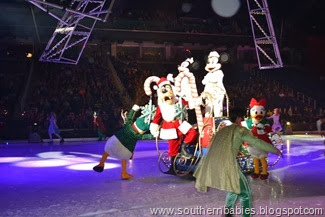 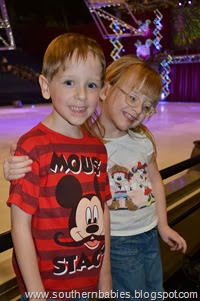 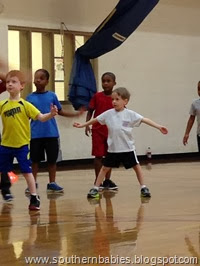 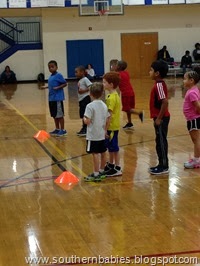 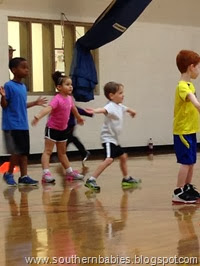 He takes his defensive position seriously. 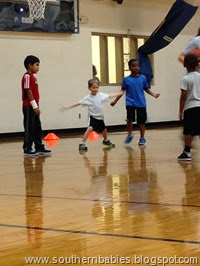 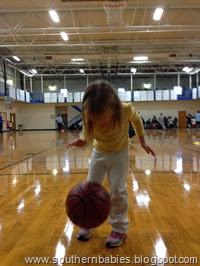 Never up, never in!  (GrandBob’s advice to him). 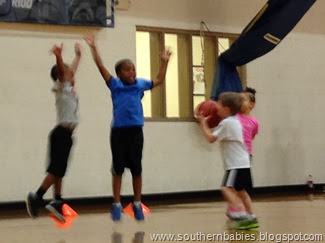 Looks good – but it’s really no where close! 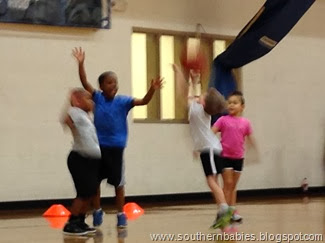 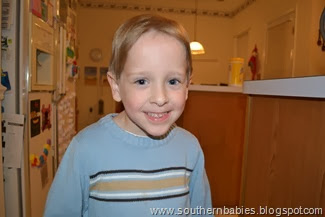 Our house decorated for Christmas! 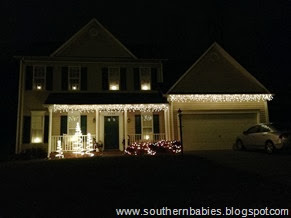