Twas the Night Before Kindergarten…We just read the kids that book.  Yes, tomorrow they start kindergarten.  The book is cute.  It’s all about the kids going to school and having fun and the parents standing at the door crying.  It will most likely be a true book for me!

The kids had a lot of fun during their last week of summer vacation.  It was a week where we didn’t have child care…until some grandparents jumped in and helped us out.

Monday the kids had to go to work with me.  We started off bright and early at Macy’s giving a little MOD talk.  I brought them with me because they are little MOD miracles.  We exchanged some shoes while we were at the mall and stopped to get a cookie before heading back to the office.  The kids stayed with me at work until after lunch time.  I made them do some thank you notes and school work which they didn’t love.  They finally got to play some electronics and then they were super quiet!  Drew picked them up and headed home with them for the afternoon.

Tuesday GrandBob arrived for kid watching duty.  The kids had fun beating him up and spending the day playing with him.  Tuesday night Lindy had a class picnic at the playground at their school.  We ate dinner and the kids played and they got popsicles.  I won’t lie, the playground makes me nervous.  My visually impaired child is fearless out there.  There are some things she can’t do by herself and there are some things that are dangerous for her to attempt to do by herself.  Like climb a caterpillar 7 feet up in the air.  If she fell she could do serious damage to her shunt.  The whole thing just makes me nervous.

Wednesday morning Mimo arrived for kid watching duty.  We talked her into spending the night for two days of kid watching duty!  Wednesday afternoon Drew and Mimo had planned to take the kids to the playground so Lindy could get used to it but a thunderstorm brewed up so they ended up at the mall, getting another cookie.  Mimo had never seen the kids’ cool pictures at the Cookie House.

Thursday they did take the kids to the playground in the afternoon and Drew walked through with Lindy and showed her all the drop offs and they talked about what she should and should not do by herself.  He thought she seemed to get it a little bit.

Thursday night was open house for the school system.  It was packed!  We had to park a mile away and walk to the school.  They have horrible parking!  We made it to Will’s class first and it was a bit overwhelming.  You had to fill out papers at his desk and then you had to walk around and read all these other things that had info on them.  We finally got out of there and went down to Lindy’s class and it was quiet and we were almost the last ones.  It did give us a chance to talk to her teacher a bit, ask some questions, and voice my concerns over the playground.  Both she and her assistant will be going out to recess which makes me feel a little better.  More eyes to watch out for our crazy girl.  We finally got out of there and went to see Lindy’s new vision teacher.  So far I love her!  I can’t wait for Lindy to work with her.   I asked questions and voiced my playground concerns as well and she said they might have an aide go out with her at first.  Hopefully she’ll be looked after until she learns the playground.  We were waiting for Drew to get the car and pick us up and Lindy was dancing around.  Her vision teacher and a speech teacher came out and were talking to us.  Remember how I hurt my toe in May?  They took my toe nail off, gave me stitches and sewed my toenail back on?  The toe nail has stayed on all summer.  I can tell a new one is growing underneath it but it had stayed on.  Lindy was dancing Thursday night and stepped on my foot and knocked my toe nail off!!  I played it off, no one knew it happened.  When the teachers walked away I picked up my toenail.  I knew she’d be the one to do it!  Oh well.  My toe nail has grown about half way up my toe.  Later that night I was putting Lindy to bed and I leaned down and she leaned up.  She whacked her head right into my nose.  That child unintentionally beat me up that night!

Friday Drew hung out with the kids.  He did surprise them and take them to see the movie Planes in the afternoon.  Will liked it but Lindy fell asleep!  I’d been waking them up early all week so she must have been tired!  I got home and we headed up to the church for our children’s back to school bash.  We headed to some church members’ house for dinner and swimming with our church friends.  The kids were having a great time until a storm brewed up and we had to stop swimming.  We got all the kids changed and headed to the trampoline park for some bouncing.  The kids had a blast bouncing.  I ended up leaving a little early because my neighbor was having a yard sale I was putting stuff in and I needed to get stuff out.  The kids didn’t get home until about 10:30pm so it was way past their bedtime!

Saturday morning we were up early getting things down to the neighbors’ house.  I stayed at the yard sale but walked home around 9:40am.  Lindy was just eating breakfast and had gotten up around 9:15am and Will was still asleep!  I walked upstairs and he opened his eyes at 9:42am.  I  think that is a sleeping in record for him and probably our entire house the last six years!   We packed everything up around noon and came home for lunch. We worked around our house some and got everyone ready and then both went out for some errands.  Lindy went with Drew and Will with me.  We got back and Ed and Jamie and Katie, Kris, Micah, and Claire came over for dinner. The kids had fun playing and the adults had fun talking.  We  have some plans in the works for an adults-only trip next summer so we were discussing the plans!

Today we had church and this afternoon we went back to the school playground for one last talk with Lindy.  It didn’t go well at first because she immediately tried to do things she shouldn’t be doing.  We went through it all again and gave her some numbers, like she can climb up four steps on the caterpillar.   I feel better about the playground though.  I just hope she listens to us!  We ran by Target on our way home for some final school supplies before coming home for dinner, baths, and the last night before kindergarten!

Wish us luck tomorrow!  And by us I mostly mean me!!  The only pictures I took were from Friday night.  Might be my least amount of pictures ever! 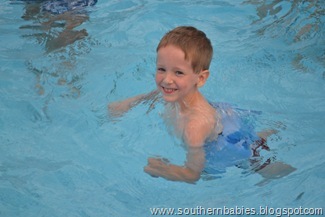 Oh how I love this boy. 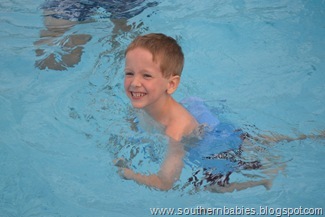 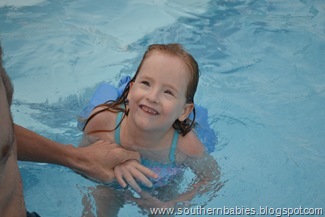 This is my favorite picture of the night!  How cool is this? 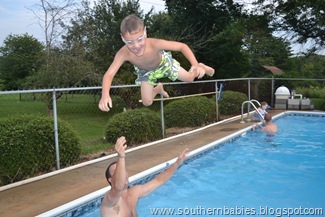 After swimming and on to bouncing! 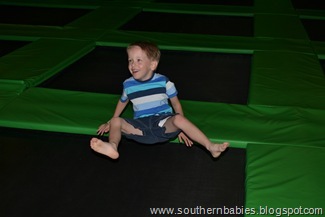 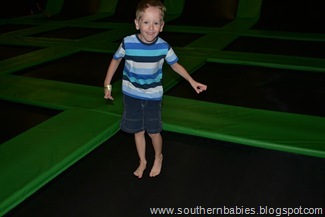 This girl loves the pit.  I loved that a 6th grade girl from our church helped get her out for awhile! 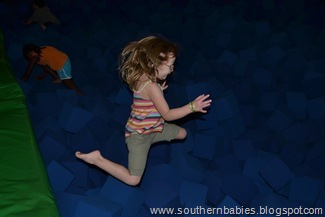