The Ides of March

I don't even know what that means but I'm writing about March so I used it for a title.

The kids went on field trips to Old Salem on March 14th and 15th.  They split the grade and half goes one day and the other half the next.  I don't think they have ever gone on the same day.  It was raining early the morning Lindy went but thankfully it cleared off.  She has gone on many a wet field trip and I'm always so worried about her hearing aids.  Will went the 15th and the weather was super cold - like 39F and windy.  I dressed him super warm, much to his dismay, and he made it.

The naughty leprechaun visited out house again on St. Patrick's Day.  I wonder how long that naughty rascal will keep coming around?!?!

Saturday the 18th Drew went to help GrandBob and Suzette move into a new house.  Same neighborhood but new house.  We all met at Ed and Jamie's for dinner that evening when they got back.  It's always fun to play with Ellie.

Will had a shoebox book report due the end of March.  We worked hard all weekend getting it completed.  He did it on the I Survived the Battle of Gettysburg.

Friday, March 24th, Drew and I went out to dinner and to a comedy show with the Bryants.   The kids went over to the Bryants and stayed with one babysitter.  They had fun and we had fun.  Win Win.

Saturday, March 25th, Will started another session of tennis practice.   Drew took him to that and I took Lindy to the Beeping Easter Egg hunt done by the WS Bomb Squad.  It's always one of her favorite events of the year.  Lynn went with us for the first time ever so she could see it.  It is fun to see some of the same people year after year and see them with Lindy.  This year Lindy had a freakout and didn't enjoy herself as much as usual.  She saw someone in a wheelchair (a new fear of hers) and she wanted to leave. I told her we were not leaving, that this fear couldn't control something she looked forward to every year.  She stayed but she clung to her friend Jenny who runs the visually impaired summer camp she goes to every year.  She wouldn't play any games or do anything fun.    Drew brought Will right about the time we were leaving and the kids and I headed to my parents' house.  Their best friends, Ken and Carolyn, were in town and we headed over to see them.  We came back that evening but we had a good time visiting with them.

Wednesday, March 29th, was the big day for Will.  He got his baby canines pulled.  They took him back, didn't even let me come with him.  He was fine.  He said he got some laughing gas and watched the Minions.  He doesn't remember getting a shot to numb them.  We got to bring the big, long teeth home and they were crazy looking!   I got him an ice cream on the way home and he was happy with that.  He did fine the rest of the night and never had any problems.

The kids had one of their favorite, and one of the parents' least favorite, events of the year, the Boosterthon Fun Run.  It's a fundraiser for their school.  They get little prizes when they get more money.  It's always cheap crap but they still want the next prize.  They love the actual Fun Run as well.  It was really cold out the morning they ran it.  I went to school to see them do it.  The kids just go crazy!

The kids had a random day off of school on Friday, March 31st.  I actually didn't even know it till Will told me.  I ended up taking the day off with them and we went to GrandBob's and Suzette's to see their new house.  We had a nice day and came back that evening. 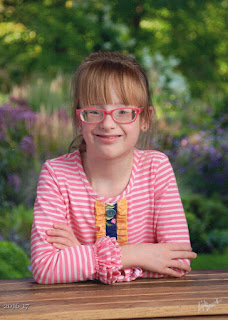 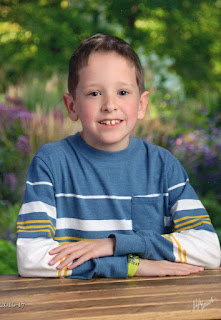 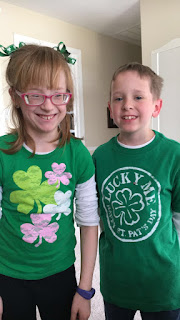 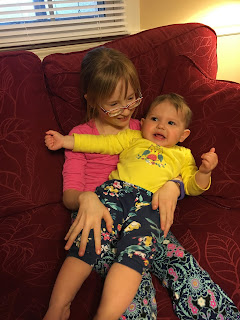 Trying to recreate this picture on the same day the year before. 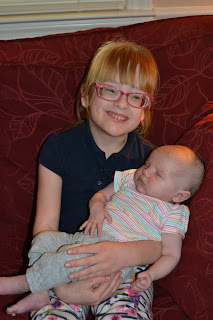 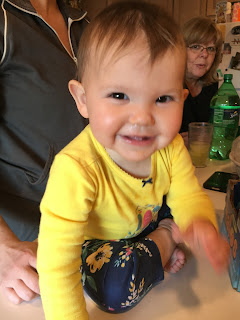 At the egg hunt with her friend, Angie! 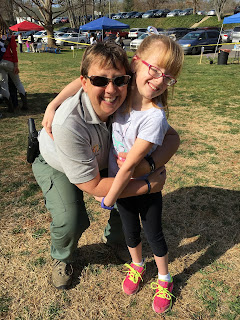 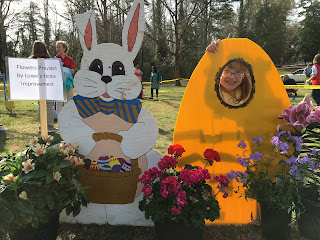 Having fun at first 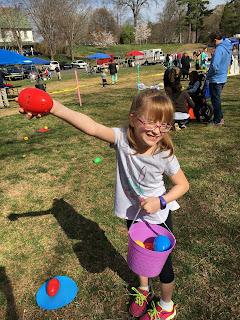 Lindy and some of her friends from school, Preston and Khloe ( and Khloe's sister) 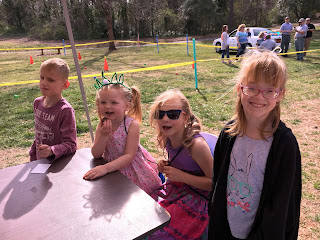 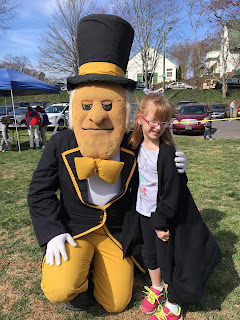 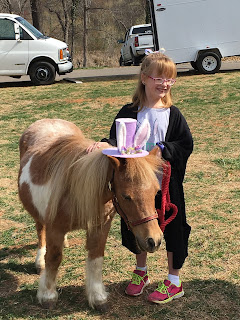 After the wheelchair incident she would only talk to Ms. Jenny. 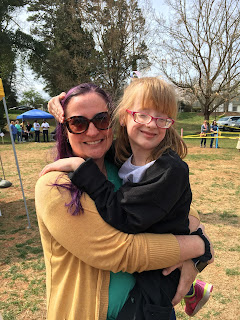 I'm so glad my kids get to know Ken and Carolyn (and the dog Tucker!). 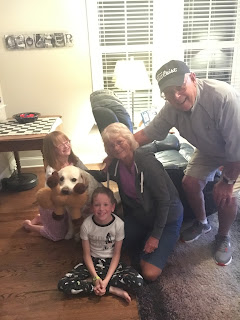 Poor Will after his teeth were pulled.  He has never been more talkative than when he had gauze in his mouth and I couldn't understand him! ha! 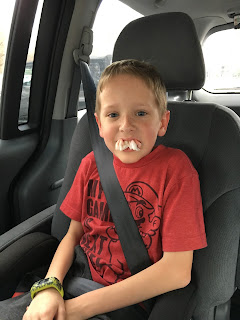 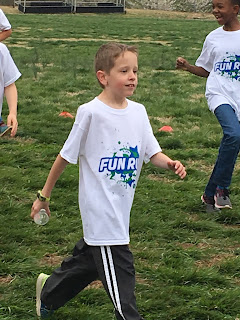 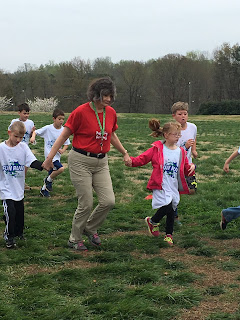 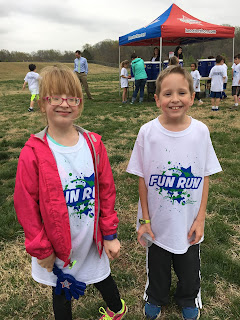 Lindy and her new specs! 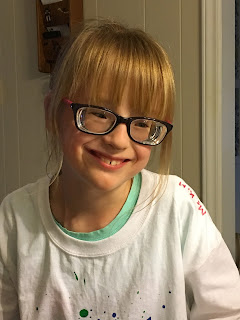 At the creek behind GrandBob and Suzette's new house. 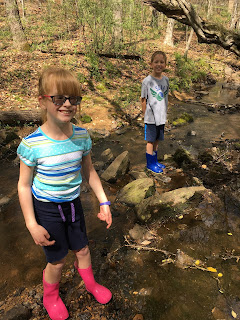 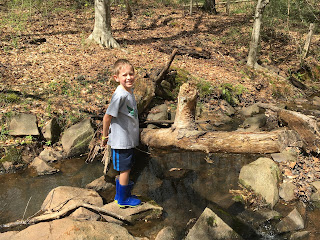 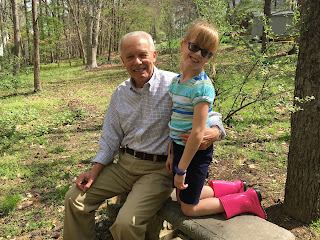 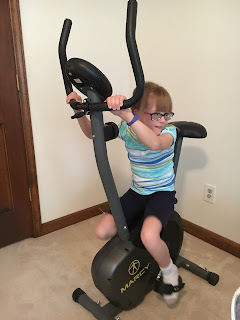 Will at tennis lessons 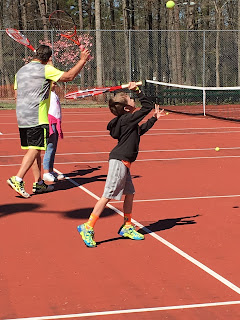