Last weekend was the Winston-Salem March for Babies!!  Actually now that I type that, I realized I never put a blog post up about it.  Well here is a recap of it.

The kids had a fairly normal week.  Lindy had more testing to do with her old teacher, Ms. Asbury.  She continued to do well with the testing.

The kids had gymnastics on Tuesday and Will had a tee ball game Tuesday night.  They played a really good team that night.  As in they were really playing baseball and our team was practicing tee ball!  GrandBob surprised us and came up for dinner and to go to the ball game.  Ms. Martha, our friend from church, also came to watch him play.

Thursday Lindy had her yearly appointment with the orthopedic doctor.  Thankfully we have never had to go more than once a year.  She has always had a hip x-ray at this appointment so I had been preparing her for it.  (Two years ago she walked in the x-ray room and immediately puked.  No warning whatsoever!)  To our surprise and delight, she didn’t have to have one this time!  The doctor thought she looked really good though.  Just some minimal walking on her toes, mostly when she started getting faster.  She wants to continue with yearly appointments which is great!

Toward the middle of the week I started having some pretty late nights, trying to get everything done for the March for Babies.  Wednesday night Drew and I had to juggle the kids for a bit.  He fed them dinner and gave them a bath and put their pjs on and then had to bring them to me since I was still at the office.  We had a church member go in the hospice house that afternoon and he needed to go see her.  The kids thought it was so funny that they were at my office in pjs!  I finished up pretty quickly so we could get back home and I could get the kids in bed.  Thursday was a really late night as I didn’t get home until about 9:45pm and Friday I got home around 9pm.

I was out the door at 5:30am Saturday morning.  We got everything set up in just the nick of time that morning.  People always show up so early – even when everything is not set up!  The day ended up being awesome!  It was so cold when we were setting up and it warmed up slightly when the sun came up but it was a little chilly.  Besides that it was good.  The entertainment was great!  I think my committee is the best one ever and they planned an awesome walk day!

Bob, Suzette, Anna, Lynn, Jamie, Ed, Ms. Martha, and our friends Jeff, Manny, Jena, and Maggie from church all came to walk with us.  Our sign language group at church signed a song and a lot of them stuck around and walked as well.  Our team has officially met our goal!  Way to go Million Dollar Babies!  We raised over $5000.  It’s not too late to make a donation – you can donate at www.marchforbabies.org/jamiesouthernk if you want!  I didn’t personally make my goal but my team members really stepped up and helped meet our team goal!  Our team got the top family team award and we got the top walker award!

The thing about working is that I don’t get to walk or hang out with my family anymore!  I think they all had a good time though.  Lindy started out walking – can’t imagine that lasted very long!  Will chose to ride most of the way!  He doesn’t love exerting a lot of energy!

Since I had to continue working, the rest of the family went to the Wake Forest spring football game with Kris, Micah and Claire.  They left there and went to their house for more fun and then eventually ended up back downtown at a food truck festival.  They said it was packed.  I left the office around 6pm but Drew and the kids had already left so I met them at home.  I was asleep by 8:30pm that night!  So tired!

Sunday we had church and just did chores around the house all day – until we crashed early again that night.  Two walks down, 3 to go!

Some gorgeous youngins – if I do say so myself! 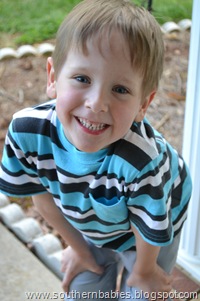 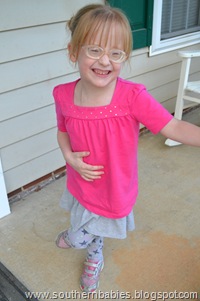 A little after dinner drive for the kids. 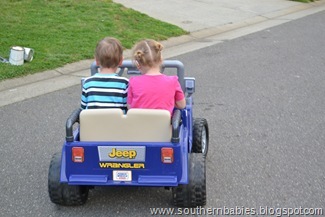 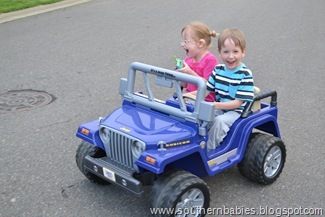 There were many engine checks. 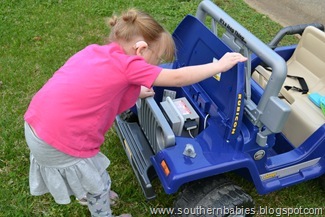 And stops for gas. 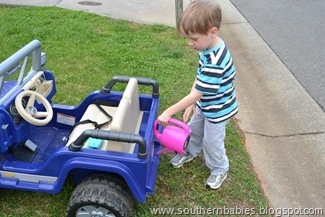 Love Lindy’s face!  Even she looks scared of her driving! 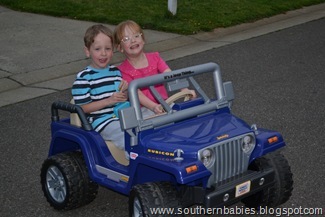 One of my all-time favorite pictures!  Love it! 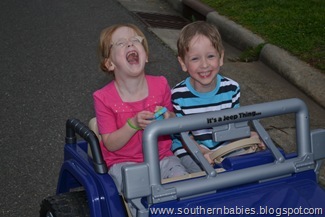 March for Babies!  Our March of Dimes Miracles! 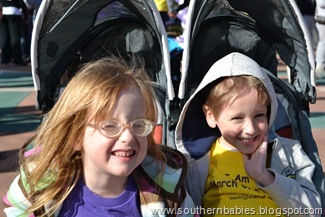 Heavenly Hands from our church performing. 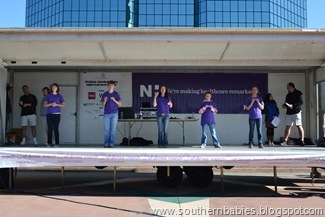 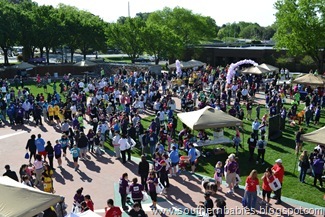 Check out those zumba moves!  Watch out now! 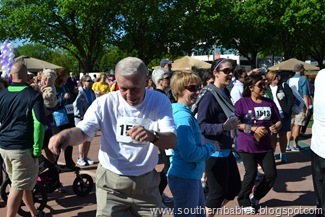 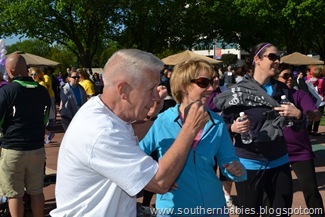 Got one quick picture in before the walk started! 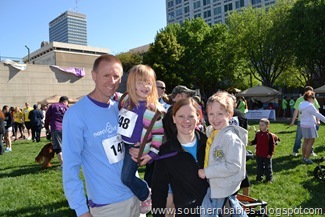 Look at all those people! 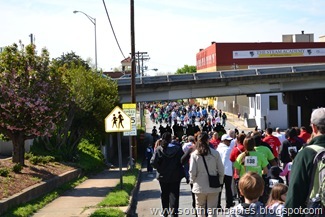 Lindy started off walking.  She had told me earlier that she wanted to run the whole thing! 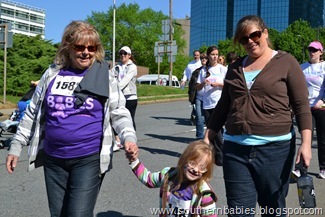 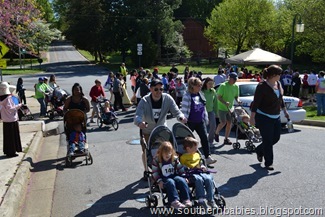 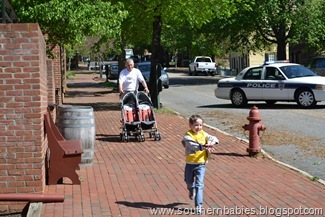 Love this picture of Lindy and two of her three grandmothers in the Old Salem Bridge! 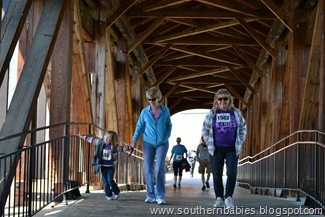 Lindy and Will with Dr. Welch, one of our favorite neonatologists from their days at Brenner Children’s Hospital. 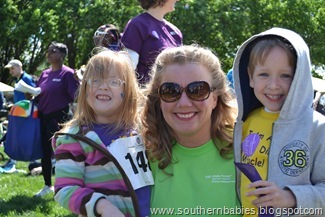 A team photo – minus many people! 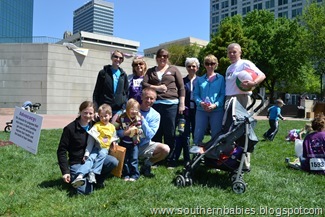 Katie was my logistics chair and she was awesome!  Loved working with her on this and she did a phenomenal job! 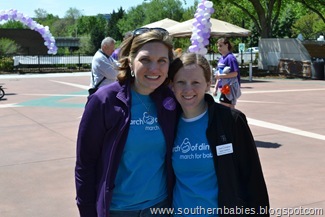 The March of Dimes Kids 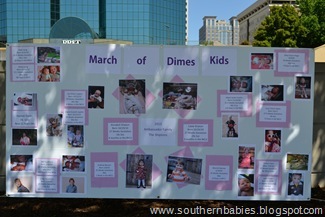 The two cutest on the board! 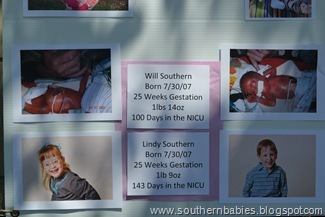 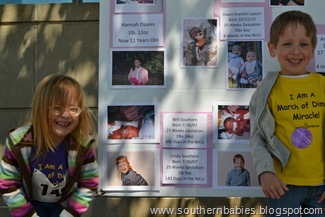 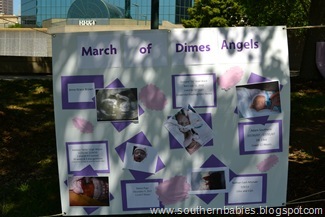 The biggest reason we walk… Standing by their brother Adam. 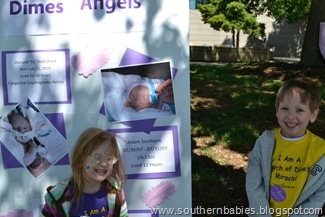